Your Basket [0]
Subtotal
£0.00
Grand Total
£0.00
Proceed To Checkout
Continue Shopping
< Back to all posts
Where did Afternoon Tea come from? #AfternoonTeaWeek

Have you ever felt like the gap between lunch and dinner was a little too long? Us too! This was exactly what afternoon tea was designed for.

The tradition of afternoon tea was introduced in England by Anna, the seventh Duchess of Bedford, in 1840. The Duchess would become hungry around 4pm in the afternoon and as the evening meal in her household wasn’t served until 8pm, it was a very long time to go without a snack (if only she had a Meringue Bar!)

During this period of time, the Duchess asked that a tray of tea, bread and butter and cake be brought to her room during the late afternoon (she sounds like our kind of person!). This soon became a habit of hers and she began inviting friends to join her, making it a fashionable social event. So much so, that during the 1880’s, upper-class and society women would change into long gowns, gloves and hats for their afternoon tea which was usually served between 4-5pm in the drawing room.

In today’s time, a full afternoon tea is enjoyed as a decadent treat rather than a daily a refreshment. With the hectic lives we lead, very few of us can spare the time to sit down and enjoy a series of finger sandwiches, scones and cakes everyday at 4pm but when we do spare the time to drink a mindful cup of tea and treat, the ritual is made all the more special – don’t you agree?

Here at Flower & White, we are all about treating ourselves and taking the stress out of Eton Mess! Which is why we’re giving you 30% off Meringue Bites and Kisses using the code TEA30 until 23.59 on 15th August. Enjoy!

< Back to all posts
Discover
Get to know our team – Meet Kelly!
View Post
Thank you for helping us spread the love 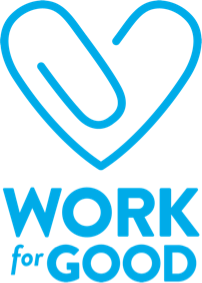